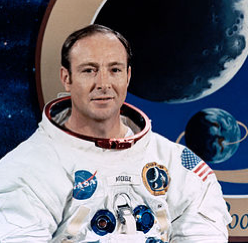 The Apollo 14 astronaut Dr. Edgar Mitchell states that in his journey he did not record facts of an ufological nature, but after that experience his life has changed and he has officially spoken up for the extraterrestrial presence in our solar system. On July 23th, 2008, during a radio interview, Edgar Mitchell said he learned from military and government circles that the UFO phenomenon is real, that there have been contacts between humans and extraterrestrial beings, and that there are contacts still in progress, even though without knowing the reasons. Then he confirmed the theory, supported by many ufologists, that contacts with visitors from other planets has been kept hidden by governments for 60 years.

Very clearly the following video shows the position of this esteemed official and astronaut: Video Youtube