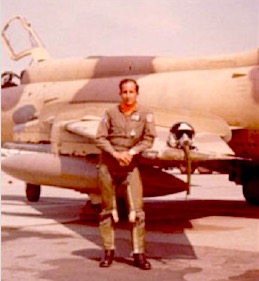 At the prestigious Fuerza Aérea of Peru (FAP) there is a department, created in December 2001, which deals with the investigation of anomalous aerospace phenomena. Phenomena such as the one experienced by Captain Oscar Santa Maria Huertas, who, in accordance with the orders received, with his fighter Sukhoi 22, tried in vain for 22 minutes, to shoot down a flying saucer that stopped over the military base of La Loya Arequipa. On that occasion, in the base there were 1800 people, who were all witnesses of such event. The plane managed to approach up to 500 meters from the object. Returning to the base, Captain Huertas described it as follows: “It had a diameter of about ten meters. The surface presented an enamelled appearance, with a cream-colored dome, on a wide and circular metallic base. It had no engines, flies, windows, antennas. It was devoid of all the typical components of the aircraft, and without any visible propulsion system”.